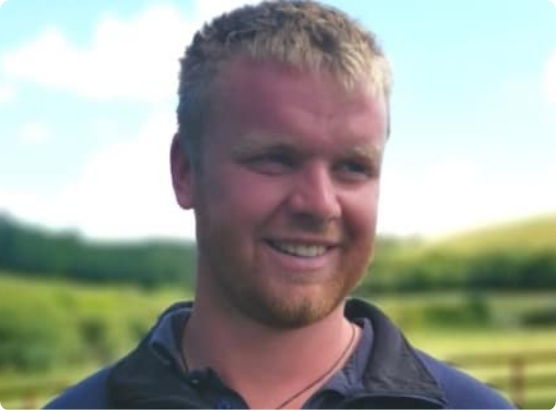 “I’m making sound business decisions for the future with Breedr”

Bertie Newman’s parents, Dan and Helen, previously rented Manor Farm, and when the opportunity arose to buy it in 2017, he took over the reins. “I wanted Bertie to run the home farm – there’s nothing worse than having two bosses, so I try not to interfere too much,” explains Dan.
Taking over the family farm at the tender

age of 24, you could forgive Bertie for being somewhat daunted – but this forward-thinking young producer is using Breedr’s individual animal management tool to take his business to the next level. Bertie weighs the dairy calves, weaned suckler calves, and finishing stock every three to four weeks and records all of the information on Breedr – a free app which predicts finishing times and streamlines herd management.
“It syncs with the British Cattle Movement Service and can record our medicine use.
“All the stock have electronic ear tags, so I can just shut the crush, scan the weigh head and the weight pings straight onto the animal’s record. Also, I can go through the shed with a stick reader and see everything about the animal on my phone, which helps me to make good decisions,” he explains. 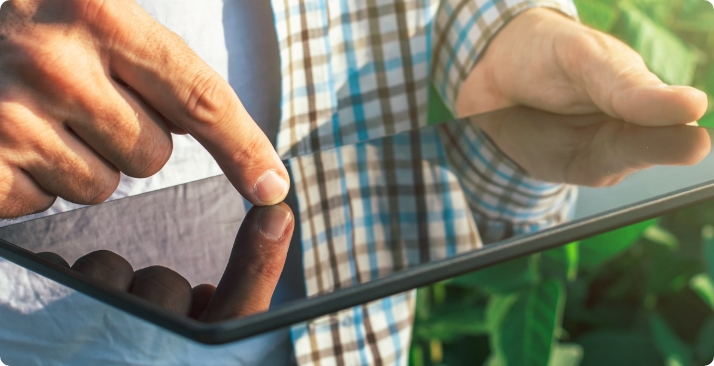 “I can draw the right stock by looking at their weights and growth rates, keeping the ones which are still growing fast and selling those that have slowed down. It’s so easy to monitor them, and I can also look at the performance of calves from different sires which influences breeding decisions. I can do all of this without having to go back to the office.”
If the dairy suppliers are also using Breedr, the data on each individual animal passes from one farm to the next, with the finished data passing back down the chain, enabling better decision making at every step. “It’s so easy to monitor the calves throughout their life – I will probably end up getting rid of the suckler cows and rear more calves.”

“Looking at the performance of calves from different sires helps my breeding decisions no-end.”

Cattle growing up to 2kg a day

“Although growth rates slow down when the stock is outwintered – to about 0.5-0.6kg a day – the cattle compensate when they are brought back to in-bye land, putting on up to 2kg a day,” says Mr Newman.
His attention to detail and data-based decision-making earned the Farmers Weekly Young Farmer of the Year award 2020. “I felt very honoured,” he says. “I’m always willing to learn and we have been an AHDB strategic farm for the past four years – I love looking around other people’s farms and learning from them. I think that if you’re willing to work hard and borrow some money there’s nothing to stop you.”